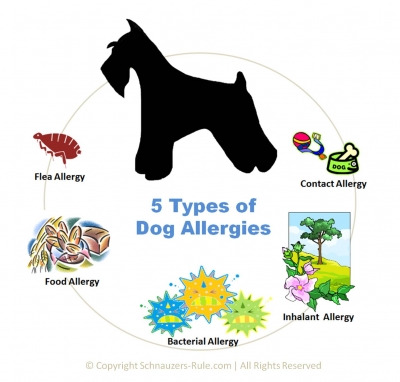 Allergies in Pet’s. Yes, they have allergies too!

When I just started studying veterinary science, my siamese cat “Tovja” had her kittens in my room.

Out of the blue, I started getting severe asthma attacks and rashes and hives – and for a short while, I had to reconsider continuing my studies, if this was the way I would react to my patients!

The alternative study recommendations were not appealing to me and armed with my antihista- mines and asthma medicine I soldiered on in my veterinary studies and it seems my immune system managed to cope – although from time to time I still get asthma and some patient’s fur makes me itch.

Allergies to pet’s which humans suffer from is well known, as are allergies in humans in general, but few people realise that pet’s can have allergies too.

In Human’s, allergies mainly present with sneezing and watery eyes and itchiness, and although we sometimes see these symptoms in animals, their allergies usually present as severe rash in certain areas of the body and ears and on the feet and paws – the other difference is, that human’s respond relatively well to antihistamine medication, where this is not so with pet’s.

These are the most common causes of allergies in Pet’s:

Just changing your pet’s diet is not sufficient, it would have to be changed to a specific diet for at least 3 months and avoiding ANY treats or xtra’s which could have been contributing to the allergy.

Just recently we had a cat patient, that out of the blue became allergic to chicken (try finding a cat diet that is not predominantly chicken based?)!

Veterinary food companies have however come up with a multitude of dietary options to help these allergic patients – from hypoallergenic food (I.e foods that contain proteins and grains that would normally not be found in pet food like duck or lamb and beetroot) to foods where antihistamines are added in the food to food where the protein – although a “normal” protein like chicken is altered to a form in which the body will not react to it – which one to try will best be discussed with your veterinarian. There are even treats available in these ranges!

So, Pet Allergies are not so straight forward to control and talking to your vet about which options             would suit your life-style and budget best and realising that there will be fall backs from time to time and remain open-minded that no individual will respond the same to one specific treatment is the best way to approach it when your pet has allergies. Also that treatment will most probably be life-long!

This article focusses purely on chronic allergies in pet’s that need to be controlled, chronically. For acute allergies e.g. bee-stings and wasp stings refer to our article ‘Basic First Aid for Pets – Part 2” of March 2016

It is always so sad to hear, that people avoid getting pet’s for their children because of the fear of allergic reactions. There are so many benefits to a child growing up with a pet! The benefits of the human-animal bond could far outweigh the possibility of treating allergies!

If controlling the allergy – which your child will most probably outgrow – with antihistamines is not an option for you, then consider getting a dog or cat that are hypoallergenic.

President Obama from the U.S. was at the forefront of this and instead of not getting a dog because he is allergic, he got a Portuguese water dog, which they all as a family could enjoy.

Here are some breeds of Dog’s and Cat’s (hypoallergenic) to consider when concerned about allergies:

Keep in mind, that often the allergen is not directly the pet, but the dander and irritants that it carries around in it’s hair and that measures can be taken to reduce the allergens e.g. bathing your pet regularly. Clean the house frequently and thoroughly (specific vacuum cleaners available), wash pet bedding and couch and cushion covers often. Remove carpets that accumulate allergic substances.

It might also be worthwhile determining if you are actually allergic to your pet or something it accidentally carries around in it’s coat e.g a pollen from a tree when walking your dog?